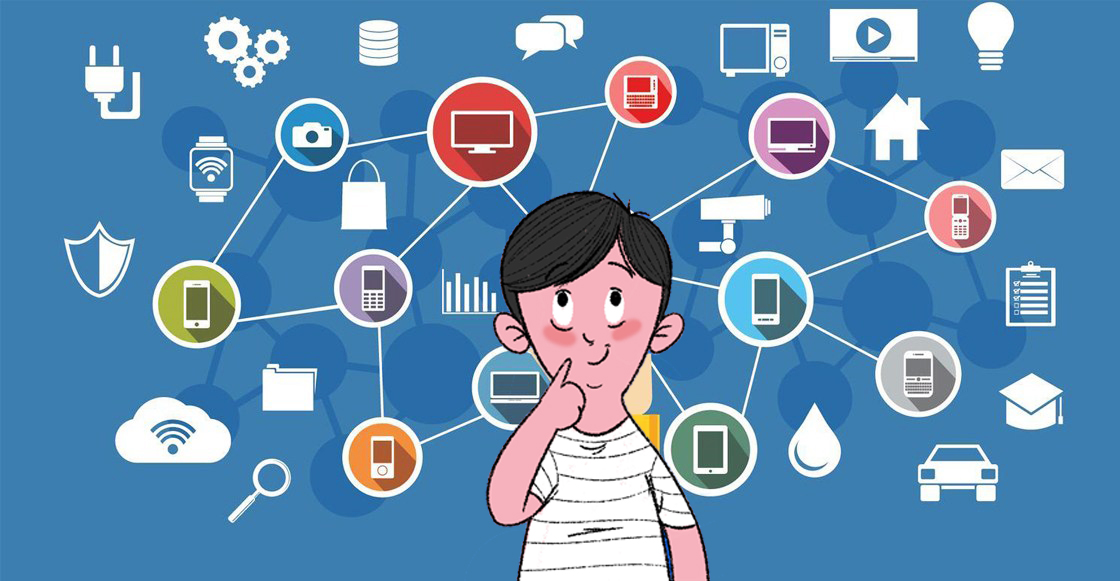 A question that comes up quite often is “what is the Best & Fastest ISP?” – What people fail to ask is what they’re looking for in an ISP? This normally contributes of 5 things:

Price: Really? This isn’t everything.
Speed: What is the best service I can get?
Service: When there is a fault what is the service like to get the fault fixed?
Reliability: Not to be confused with internal wiring issues (more on that later).
Connectivity: Are you wanting ADSL, VDSL, Fiber or some form of Wireless technology?

Skinny is also a great choice for a cheaper “no frills” ISP however you do need to use their router to get any support. – note this is my personal opinion based on experience. Each ISP, however, is different in how they connect themselves to the internet. Also, don’t just go for the cheapest unless if you like Netflix / YouTube buffering.

The best way to determine what is right for you is to head over to https://www.linkwave.co.in and check what service you can get and just go for it. If you’ve got ADSL/VDSL currently and Fiber is available then get it. Don’t stick with copper if Fiber is available as world class internet (seriously) is waiting there for you on Fiber.

Wi-Fi vs Ethernet:
If you’re getting Gigabit internet via FIBER then just note you won’t get these speeds over Wi-Fi. You’ll need to use Ethernet to your PC etc. A common complaint I see on ISP’s social media pages is complaining about slow speeds on FIBER however in 99% of these cases it is because the customer is using Wi-Fi. Don’t be one of those people, just understand that Wi-Fi is best effort but you can improve your Wi-Fi speeds by using a dedicated access point like a UniFi mounted in the right place in your house. See my Router Guide on other blog for a full guide on what I recommend.

My ISP provided router is crap!
Again, this is a misconception. It is only as crap as you make it out to be and all providers currently offer some pretty decent routers. The Wi-Fi however on them is not the best. Most of the time these routers are totally fine for your average home or small office user. For example, the Mikrotik & D-Link are actually really decent routers for your average home user since it can route Gigabit totally fine and has decent Wi-Fi but does only have a 32 device limit. Again, you can solve this by grabbing a dedicated access point.

Peering:
This is quite a big subject as some ISP’s just don’t peer openly. This is one of the main factors of why I moved away from Vodafone & Airtel as I am an advanced user of Linkwave Fiber Broadband having the ability to use their PoP (point of presence) is quite beneficial for me. Personally, I am using LTPL for this reason as they’ve got the most open peering arrangement. If you’re a gamer then the ISP best for you at the moment is simply LTPL given they peer very openly resulting in lower latency (ping) to most Google and Other services. Furthermore, they’ve heavily invested in their Peering Arrangement & Network so you can expect top speeds. For most people however I wouldn’t be too worried about this. Smaller “cheaper” providers shift traffic via other upstream networks, the more your latency will be to the rest of the India + the world – you get what you pay for here. Sticking with a bigger provider or a provider that peers with all the big data centers is the best bet if you’re wanting to keep your latency low.

Speed:
Again, this varies between ISP’s. If you’re on ADSL or VDSL then you can look at improving your speeds by installing a Master Filter. For FIBER it is pretty consistent between providers and the main bottleneck here is the customer’s equipment. I’ve seen people using crappy old routers to connect them to Fiber along with people with Gigabit internet only using an old standard of Wi-Fi. If you’ve got an older router still powering everything and find the internet slows down when you sneeze it may be worth investing in a new router. You don’t have to go with the top of the range router from your local appliance store, in most cases you can ask your provider nicely and they’ll send you a shiny new one to keep you going.

Bundle Deals (with Power):
These deals are often the most expensive of the lot – if your provider is offering you a Fridge or a TV for signing up then they’re making too much money off you. Broadband as a whole is a low margin product so it is best to take a look to determine if your power deal is really the best for you along with keeping your broadband separate. It is not a good idea to bundle these services together unless if you want to pay more than the regular user.

Upgrading to Fiber:
If you’re not on FIBER then it is well worth upgrading to it for a more stable service. In most cases your ISP will allow you to stay on ADSL/VDSL until you’re fully online on FIBER. Ask them about this and they’ll make sure to make it work. An upgrade to FIBER does take a bit to do (mine took 4 months) but it is worth it – trust me!

I’m rural and want better speeds:
Take into consideration how much broadband you really need each month and consider moving to a wireless (over 4G) plan. You’ve likely already paid for a local cell tower upgrade via the RBI through tax so use it. LTPL offer some pretty decent wireless broadband plans along with Airtel. It is more expensive however the service over it will often be far quicker than a standard rural ADSL connection.

Pricing + Support:
ISP’s run on a pretty low margin – Most of the ISPs charge between 2000-3000 per month (approx. however I don’t have the figures on hand, excluding GST) for just the connection back to the ISP. The ISP then has the task of buying bandwidth (the actual connection to the outside world) and in FIBER areas the gear to go in the exchanges which cost tens of thousands of Rupees along with other gear to make everything work. What I am trying to say is ISP’s, after everything is accounted for are making around 100 Rupees per month profit off you. Some ISP’s promise to be the cheapest but you have to ask yourself what they’re cutting in order to be the cheapest. I can think of a few ISP’s who are literally making a loss from their cheapest plans to get you to go with them.

Going with the cheapest ISP is just asking for trouble – do you want your YouTube, Netflix, Lightbox etc. to stream at the highest resolution? Do you want great support? Do you game and want to beat your friends who have paid to go with a real provider? If you answered YES then stop looking for the cheapest and go with a more mainstream ISP. A bit of a note also if you’re in a FIBER area and your ISP can only offer 10 to 20Mbps max it is highly likely they’ve not got the capacity in the exchange to support Gigabit (which often means their connection back from the exchange, or their point of presence in your area is only running at a Gigabit) –I also don’t recommend that ISP if you’re asking. There is however an exception to this rule and that is Skinny who are pretty good for your more basic provider.

Going with an ISP isn’t like picking a power provider – there is a mix of good or bad and it depends what you pay. If the ISP you’re thinking of joining doesn’t have comments or ratings on their Facebook page then you’ve got to ask yourself what they’re really hiding? I bet if you comment on such pages your comments will get removed also. Do a quick Google search on the ISP you’re thinking of joining, look on both Facebook and Google for feedback on that ISP and if you’ve got a bad taste in your mouth or are wondering if you should really join then it may be worth reconsidering.

Generally support of the ISP’s is good. You shouldn’t have to call them for anything after signing up unless if you’re wanting to maybe move house or change plan. In my experience the ISP’s I’ve picked above are excellent with billing, support when you need it and have good uptime on their services. LTPL, whilst being email/Chat/Phone support has been great in my books when it comes to support and seem to answer the phone in a matter of seconds and also offer excellent email support for those times where your query is less urgent.

My connection keeps dropping! My ISP sucks!
Most of the time if you’re on a copper connection this problem is with your connection, and your connection only. If your ISP’s Facebook page is blowing up with everyone commenting then maybe it is not you but just have a look at the other comments first before acting like a fool and posting. Maybe, fool is a harsh word as people don’t really know.

There are many things that can go wrong with a standard copper connection but most of the time it is due to your own internal wiring. I’d strongly recommend Broadband on Fiber to get your connection stable again. Just like the pipes or electrical wiring in your house anything past that little white Chorus / Telecom demarcation point on the side of your house is your own responsibility. There is also the odd time the problem is with your router however this is rare. If you’ve got a stack of routers you’ve collected over the last year and your internet problem is still not resolved then first of all stop calling your ISP to complain or better yet call them and ask to get a Gigabit Router installed. Yes, it is 1500 to 2000 charged by LTPL but it’ll more than likely solve your problems and give you faster internet in the process.

Getting hit with CG-NAT:
Something to look out for is ISP’s that use “CG-NAT”. Essentially, this is one public IP address shared amongst many people for internet meaning you can’t open ports (vital if you’re hosting a game or have a web server on your connection for example). Most providers allow an opt-out of this by purchasing a static IP address however there are also a few that don’t. For most people who want internet this is totally fine but if you’re a gamer and host many games then you may want to consider either going to an ISP without CG-NAT or asking them about opting out. I’m not going to list the ISP’s that have this, instead, you’re best to look at your ISP’s FAQ page or ask them about it if this is important to you.

Conclusion:
Again, do not go for the cheapest – treat your internet as your main source of entertainment. What is 100 to 200 Rupees extra per month for a faster, more stable service? In general it is hard to screw this up. Look at my recommendations on providers above and use common sense to picking the perfect ISP for your needs.

Also be wary of ISP comparison sites as on multiple occasions these are run by the ISP’s themselves.